Saturday morning we had our breakfast at the Hotel Palace and then took a taxi to the bus station. The Guayaquil bus station is new and it is very nice. There are a couple of levels of shopping and a real nice food court. Like most bus stations in Ecuador this is a very lively venue.

We went to the kiosk and bought our tickets to Machala. We requested and got our favorite seats, 3 & 4 and then we went to the food court and had a cappuccino. To our surprise, the bus was only half full when it left the station.

The buses file out of the bus station one right after the other. We followed the FBI bus through the city before we turned off on the road to Machala. 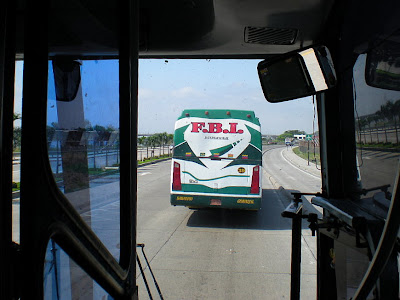 Riding the bus in Ecuador is a lot of fun for us. This bus stopped at many towns on the way to Machala. At each stop we would have five or six vendors board the bus and hawk their goods, which was mainly fruit juices, water, and snack items. Here are some of the vendors and their products I was able to capture from our good front row seats. 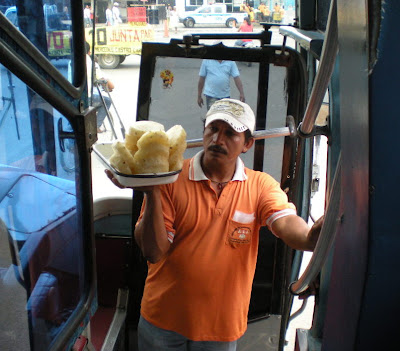 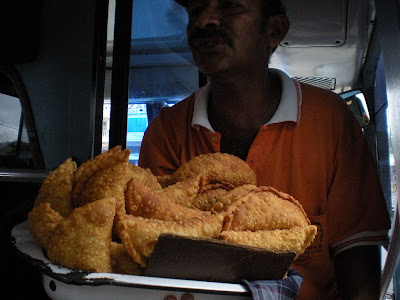 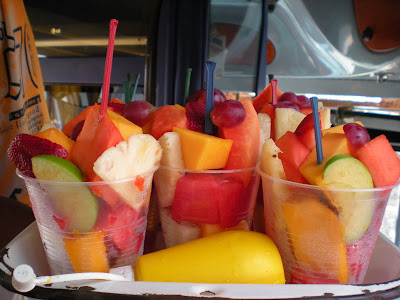 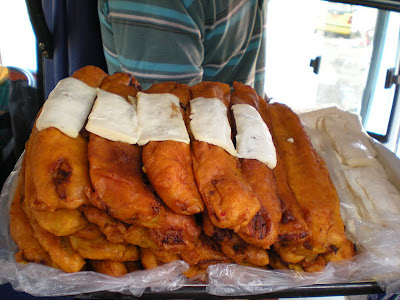 Chuck succumbed to a cheese filled empanada and me to an ice cream stick. We avoid all liquids because the 4 hour bus ride does not include bathroom stops.

We arrived in Machala an hailed a taxi. Chuck (in his best Spanish) told the taxi driver that we were not familiar with Machala and asked him to take us to a good hotel in the city center.

The driver nodded his head and took us to the city center. He pulled up to Hotel Centro. I am sure he understood Chuck to say that we wanted this hotel.

From my perspective this was not a very good hotel. It did have an air condition unit in the room, hot water for the shower and was only a block away from the central plaza so we took the room - $25.00. The hot water for the shower was provided by what I call a suicide shower head. The water flows through an electric heating element just before it showers your body.

The town of Machala was filled with people on the streets. The streets were littered with trash and the weather was hot. Not as hot and humid as Guayaquil, but still quite uncomfortable. The central plaza was clean and well laid out. The church on the plaza was nice. 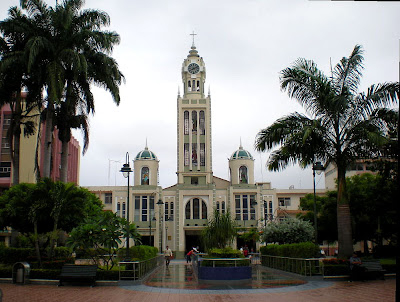 I would not recommend Machala as a tourist destination. Ecuador has so many better places to visit. There was one thing that I did like. We went into a large casino right of the central plaza. They had two floors of slot machines. The payout was similar to what you might get in the USA, unlike other casinos we have been to in Ecuador. Luckily, I turned $10 into $30. We celebrated by having dinner at a Chinese restaurant.

On Sunday morning we got up, had breakfast at the hotel and headed straight to the bus station. In Machala each bus line has it's own station so you have to tell the taxi driver your destination and he takes you to the appropriate station.

The bus ride from Machala to Cuenca is absolutely fantastic for scenery. About 30 minutes out of Machala we were doing a gradual climb into the Andes. The scenery was beautiful. 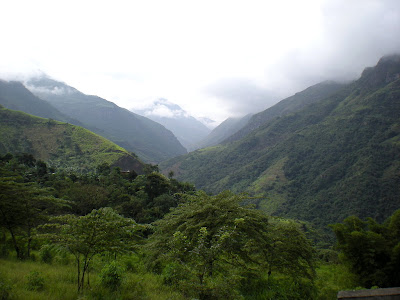 We went from green country side to scenery that was arid. 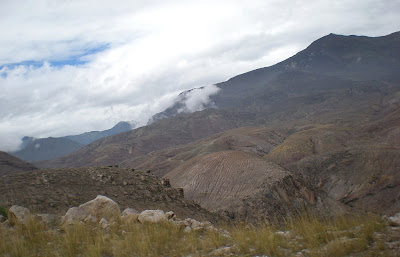 Then we were in the Yunguilla valley and we knew we were getting closer to home. The valley is so lush and beautiful that we could see why many people like to move here and buy remote haciendas for their retirement. The views are wonderful. 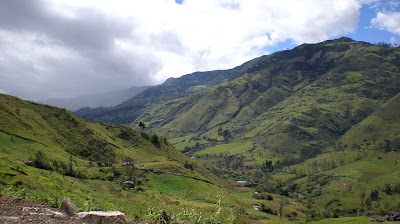 The trip from Machala to Cuenca took about 3.5 hours. We did not climb as high as when coming over the Cajas. We never had fog and the roads were great.

We were glad to be back home to our own bed, our own pillows and our own shower.

Nancy and Chuck
Posted by Nancy Watson at 8:42 AM