For those of you who are interested I will share more information about our trip to China. The whole purpose of this trip is to view the total eclipse of the sun. As you can see we will actually be spending very little time in China. 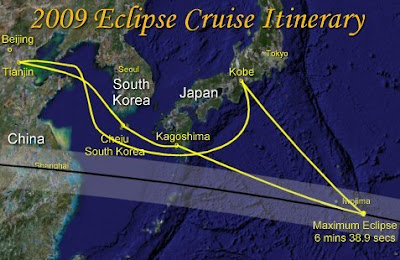 We are flying from Seattle to Beijing on Monday (arriving in China on Tuesday). We are going directly from Beijing to Tianjin. Tianjin is the port from where our cruise ships sails. We will have a couple of days to shop and get over jet lag. We actually sail on Friday, July 17th.

On Sunday we will spend the day in Cheju, South Korea. It is an island south off the mainland. On Monday, July 20th we will arrive in Kagoshima, Japan. This city is in the southern part of Japan.

Then on Wednesday, July 22nd we will be almost to Iwo Jima. This is the day our cruise ship will park itself so that we will be directly under the noon day sun to view the eclipse. It will be visible in Pakistan, India, China, Japanese islands and the South Pacific Ocean, but we will be directly under the midday sun to afford us the longest amount of total darkness. The amount of totality will be over six minutes long. This will be the longest amount of totality in this century. Chuck and I have been planning on this event for over 2 years and now the time is almost here.

This is not our first eclipse cruise. We cruised the Black Sea in 1999 to view a total eclipse and we saw a total eclipse from the Mediterranean Sea in 2006. But this will be the longest amount of totality we have ever witnessed.

After viewing the eclipse the ship will turn and head back to China, stopping in Kobe, Japan for two days. We will arrive back in Tainjin, China on Tuesday, July 28th.

We will be sailing on the same ship we sailed in 2006. It is the Costa Classica, an Italian cruise line. We thoroughly enjoyed that cruise and look forward to this one. Here is a video clip of people dancing through the dining room on our last night cruising in 2006.


Chuck and I will depart from China on Saturday, August 1st and arrive in Seattle at noon on August 2nd. I will fly (6:00am) from Seattle to Quito on August 3rd and on August 4th I will fly to Cuenca.

Chuck will remain in the U.S. until August 18th.

This pretty much sums up what we will be doing for the next month. I doubt that I will be able to post our trip on the blog until after I return to Cuenca.

Stay at peace, keep smiling and know that we care about you.

Email ThisBlogThis!Share to TwitterShare to FacebookShare to Pinterest
Labels: China

Chuck left early Tuesday morning for Guayaquil. He flew out of Guayaquil to Los Angeles Tuesday afternoon. Today he arrived in Richland (if all his flights went well....I haven't received a safe arrival message yet).

I would have flown with him but as I have mentioned before I don't have extra days to spare. I'm lucky that I can make the trip to China. When we return from China I will have to fly directly back to Cuenca from Seattle. Chuck, on the other hand, will stay in the U.S. and visit with family and friends.

I will leave for Richland on Friday night and will arrive there on noon Saturday. We have to drive to Seattle and leave for our trip on Monday.

Right now I am thinking how fortunate we are to have such good friends here in Ecuador. With Chuck gone, these few days could have been pretty lonely. Yesterday, I did what any red bloodied American woman does when her husband is gone...I went shopping. Today, my friend, Brenda come over and we toured the market. We came home,fixed lunch and had a great time.

While we were making the rounds at the market Brenda ran into a couple of Ecuadorian friends she had met on her way to Cuenca. They invited Brenda and her husband, Clarke on a picnic this Saturday. 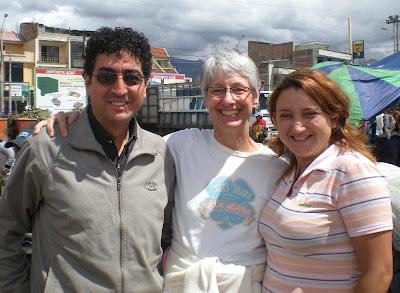 This evening, David and Christa invited me next door for a delightful dinner. We had chicken Kiev, asparagus, potatoes and enough wine to make me woozy. 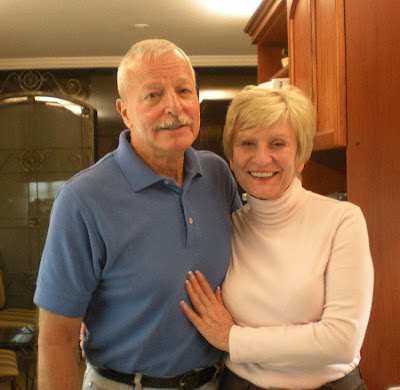 Tomorrow I will start packing and tie up loose ends around here.

I will share more about our upcoming trip tomorrow when I am a little more sober. But tonight, I am enjoying the glow from the wine and the warm feeling of having such great friends.

Nancy
Posted by Nancy Watson at 8:23 PM No comments:

Chuck and I send our warmest greetings and best wishes for a nice independence day to all our U.S. friends and family. 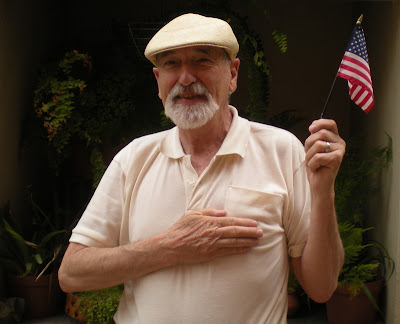