After we left Rio we headed back south.  On the way back to Buenos Aires, after a day at sea, we made stops in Ponte del Este and Montevideo, Uruguay.

Ponte del Este is on a peninsula and is a resort town.  The year around population is less than 10,000, but according to the census it has almost 25,000 households. It is quite evident that most of the houses and condos are second homes.

Here is a picture of the coast of Punte del Este I took from the ship. 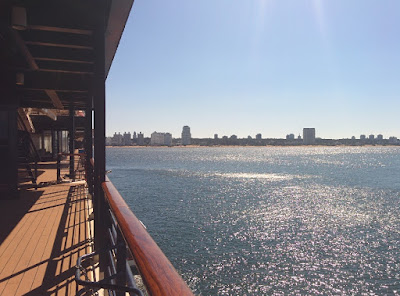 Punte del Este is the playground of the rich from all over the world.

This picture of a public clock gives you an idea. 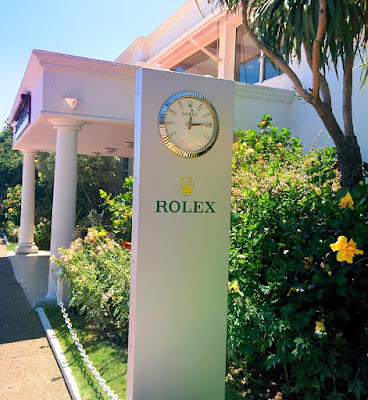 For some reason I didn't take many pictures.  There is one more I could share with you but Chuck would kill me if I did.  He straddled a small cannon and asked me to take his picture.....well you get the idea.

The next day we had about 4 hours in Montevideo.

This was our third trip to Montevideo.

We started out walking the tourist walkway to the main square.  The last time we were here with Rich, Nancy, Carol and George this street was practically empty. 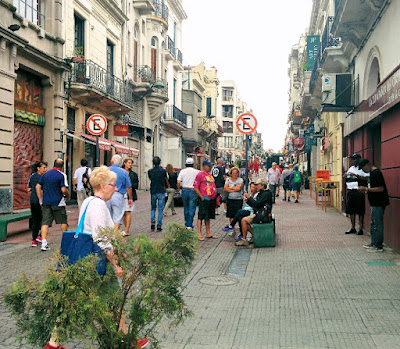 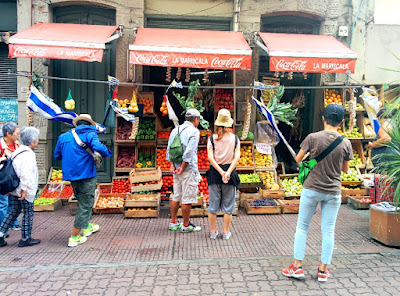 We knew we did not have a lot of time and we knew exactly what we wanted to do....eat at the Marcardo de Puerto. This is a big building that used to be the market.  It is now like a meat food court. There are many different grills, you just have to decide which one you want to try.

We knew from the numbers of people on the walkway that it would be crowded but when we got there we were not prepared for how crowded it was.  We were lucky to find a table. 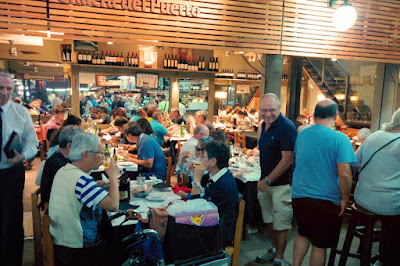 Here is how they cook the meat in Uruguay.  They have the wood burning behind the meat and scrape down more coals as they need it. 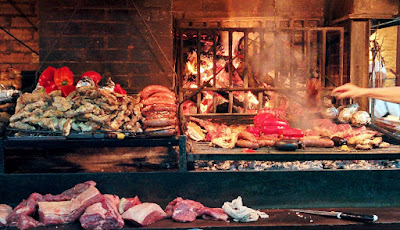 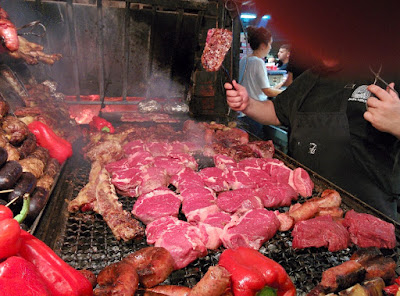 My mouth is watering as I type this.

We wanted to try their chorizo (sausage) because we saw Anthony Bourdain eating it on TV at this same place.  We also wanted our steak and chops so we ordered the chorizo as an appetizer.

It was real good, it is really sad that we cannot get sausage this good here in Cuenca. 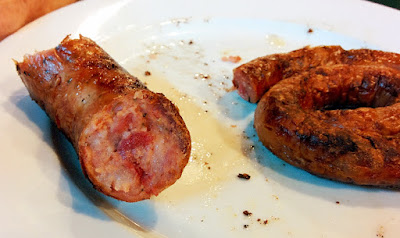 Chuck ordered rack of lamb.  Here is his plate. 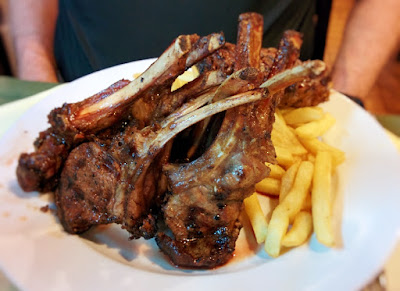 He shared some with me and I was sorry I had not ordered them too.  My steak was good but the lamb was outstanding.  Here is my plate. 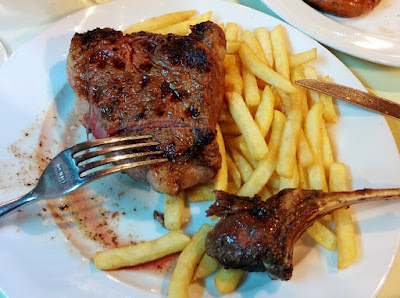 And here is a happy couple enjoying a grand lunch. 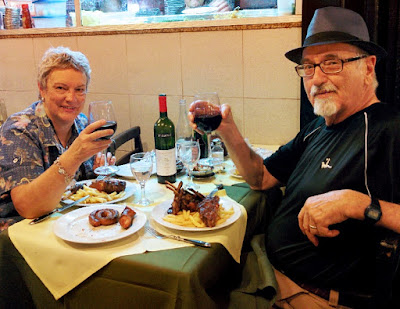 After lunch we sauntered back to the ship and watched as we sailed away.

Our cruise was over.  The next morning we arrived back in Buenos Aires.  We left the ship early and headed to the airport because we had one more week of vacation.  We went on a wine country adventure which I will share in my next post.

Email ThisBlogThis!Share to TwitterShare to FacebookShare to Pinterest
Labels: Uruguay