Our next port was in Flam, Norway.  This was by far the best port we visited. Flam is located at the head of a long fjord.  The scenery just getting there and exiting was spectacular.

You can see another cruise ship in the distance ahead of us. 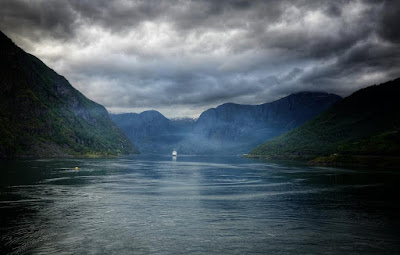 When we got to Flam, including us, there were three cruise ships.  However, we were the only ship that was at the pier.  The other two had to tender their passengers to the shore.

As you can see there is not much of a town. It exists off of tourism, people come by car, train, bus and boats. It is quite remote but it is worth the trip because the scenery is spectacular. 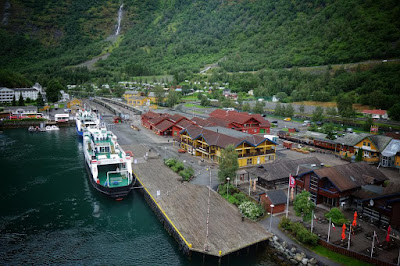 We went on a tourist train ride up into the mountains.  Chuck tried to book us tickets online before we started the cruise but found they were all sold. We had no choice but to book with the cruise ship which made it more expensive but hey, this was a tour we did not want to miss.

Here is our train crew, having a coffee break and waiting for the next set of passengers to board.  There were two trains operating and the round trip to the top of the mountain and back took took between an hour and a half and two hours.  Each train made several trips during the day and every trip was packed with tourists. 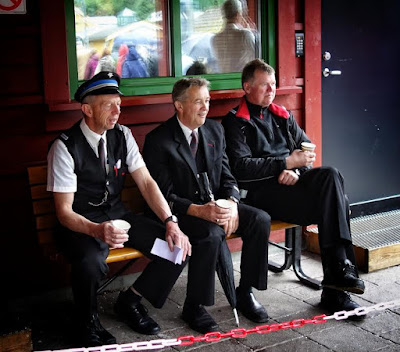 Here are some pictures I took from the train window. 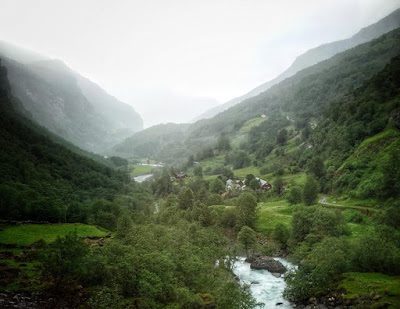 We passed a massive waterfall and the train stopped so all the passengers could get off the train and make pictures. 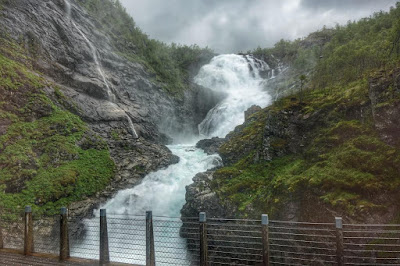 At the top of the mountain is a lodge. We dropped off passengers and picked up passengers. Notice the snow in the background.  This was July for heavens sake. 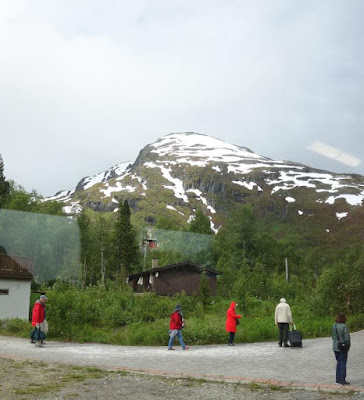 Beautiful views coming back down the mountain. This is billed as the most scenic railway. I don't know if that is true, but it is very, very scenic. 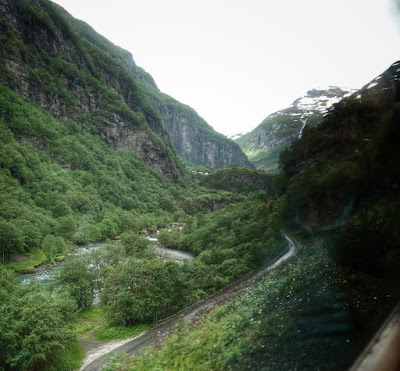 After the train trip we walked around the main part of the town.  Basically all tourists kiosks.  People travel here from all over to sell to tourists during the season and then get out of Dodge before winter sets in.

We even met a guy from Peru selling the same type of things you buy in Ecuador.  I don't know how well he does, but he must do quite well to travel to such a remote place to set up shop.

When our ship left Flam, we were informed that we were going to be able to cruise up another, smaller fjord before we headed back to the North Sea.  It so happened that our ship was narrow enough to make the journey.  The other two ships that were in Flam when we were did not make this side trip.  They must have been too wide.

The scenery was spectacular. 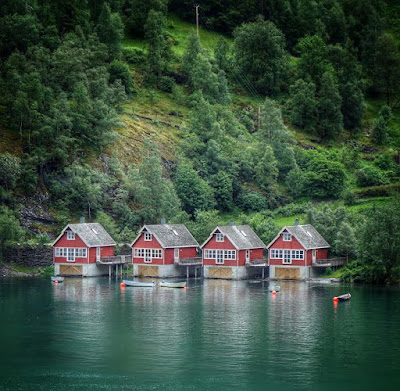 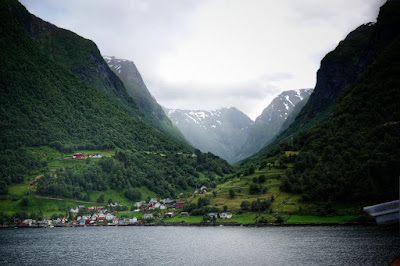 The fjord got very narrow. 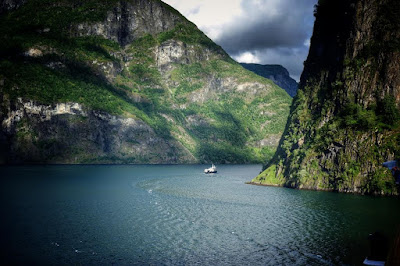 You can see here how close we were to the sides making our way in. 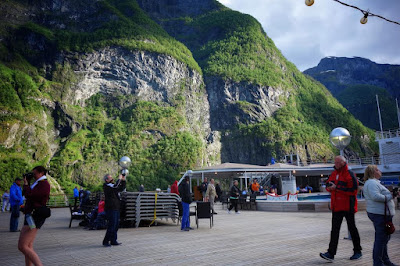 When we came to a spot wide enough, the captain (pilot) turned the boat around and we headed back out.

This is the view leaving the fjord.  Wow, what a beautiful part of the world. 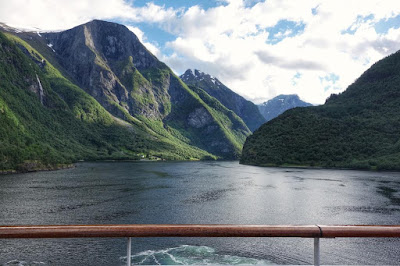 The next day we were in our last stop in Norway, Bergen.  Fun day in that town too.

Love,
Nancy
Posted by Nancy Watson at 7:30 AM

Email ThisBlogThis!Share to TwitterShare to FacebookShare to Pinterest
Labels: Norway