Monument Valley and much more

We drove from the Grand Canyon to Monument Valley.  Including stopping for a bite to eat, it took us about 4 to 5 hours.

Monument Valley is part of the Navajo nation.  It is maintained and shared with us by the Navajo people, so it is not part of the U.S. National Park Service.

After we turned off highway US 160 on to US 163, we passed so many beautiful large rock formations.  I took the photo below before we were actually at Monument Valley Navajo Tribal Park. 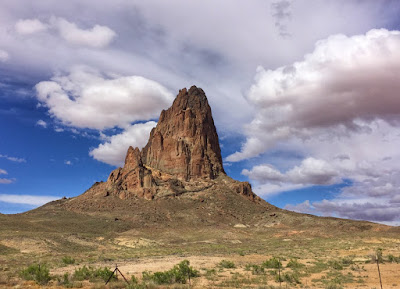 When we arrived at Monument Valley, we found that it was natural.  There were roads that you could drive on, but they were all dirt roads.  This made it seem as if we were viewing it just as the first inhabitants viewed it.

It was in the afternoon and the sun was bringing out the beautiful red color in the rocks. 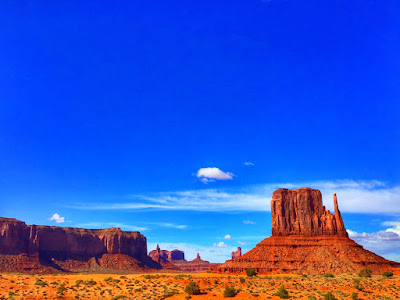 As you know, many western movies have been filmed here.  John Ford filmed a lot of his westerns here and they even have a viewing area named for him. 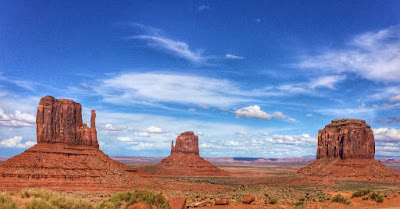 The two rock formations below are known as the mittens.  When you look at them closely, you can see why.  It looks like two hands with the thumbs closest to each other. 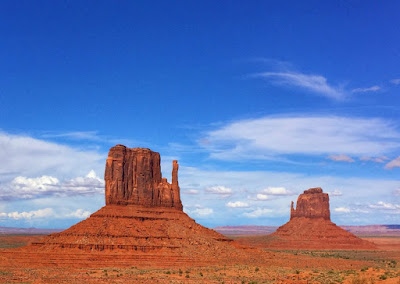 We spent 2 or 3 hours exploring the different rock formations.  It was so incredible to see how our earth has been shaped into beautiful formations from geological events.

In the picture below, Chuck and Matt are clowning around like they are trying to move a massive rock.  You can hardly see them at the base of the rock. 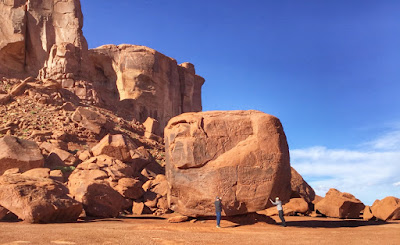 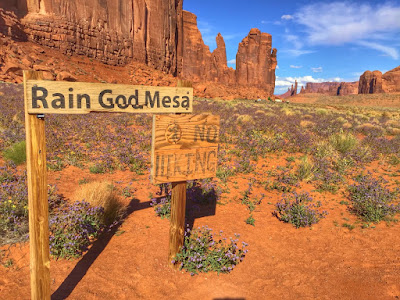 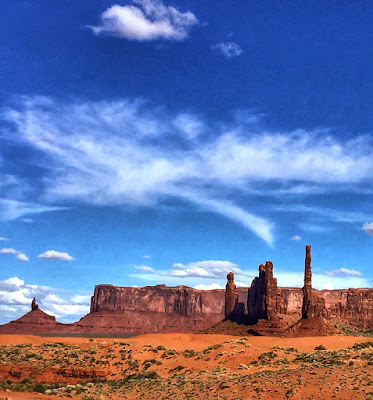 Even after we left the actual Monument Valley Park, the scenery was beautiful. 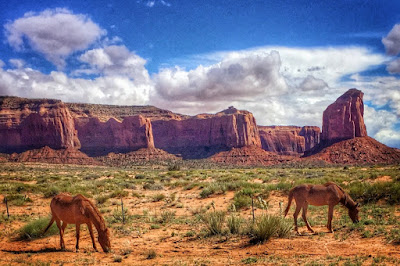 The next day we set out for more sightseeing.  We visited Mexican Hat rock. 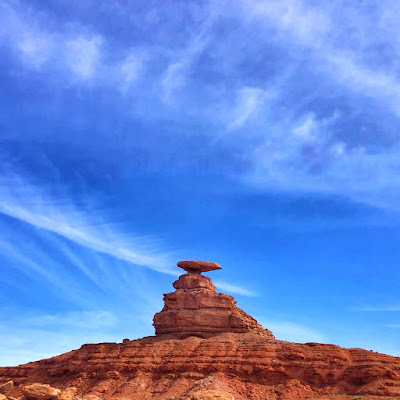 Later, we visited Goosenecks State Park, that overlooks the meandering of the San Juan river.  You can see how it has cut through the surrounding landscape. 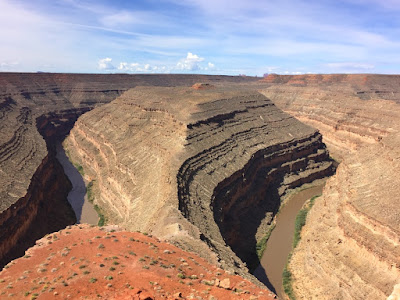 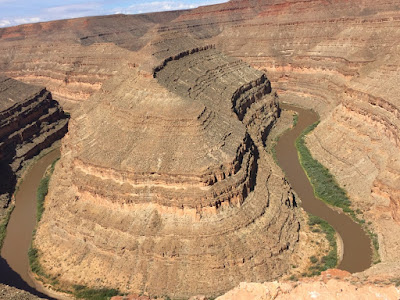 I have tried to upload a video, but not sure if it will work.

We drove through such beautiful country, and up to this higher level, which provided us a great view of where we had driven. 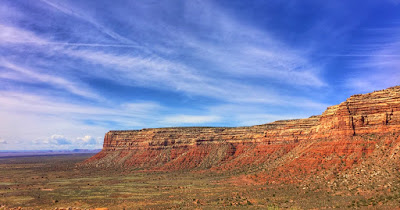 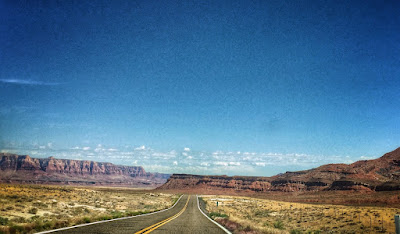 The following day we drove to Horseshoe Bend, the start of the Grand Canyon.  We climbed up a sizeable hill on a sand path.  Not an easy thing to do. I took one look at the hike I would still have to make and sent the guys on to finish the trek.

Here they are, after their successful return. 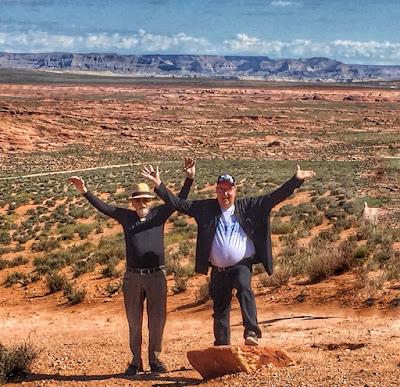 We stopped at some incredible balancing rocks. 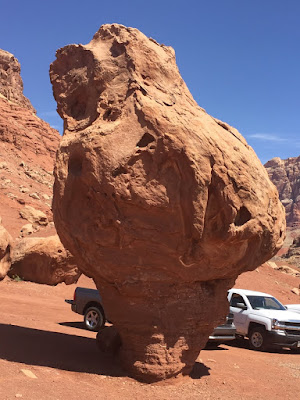 It blows your mind. 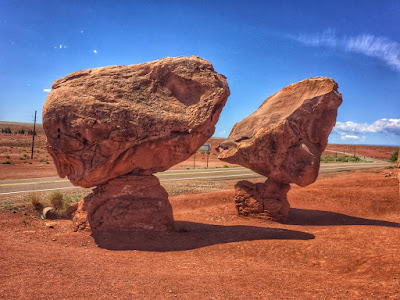 At the end of the day we ended up at the northern rim of the Grand Canyon. 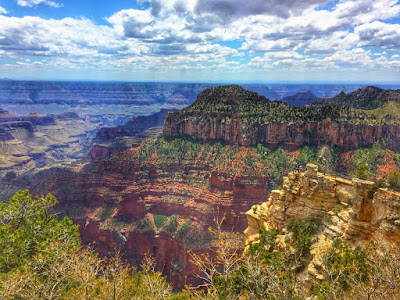 We were only half way through our "rocking vacation," as Chuck called it.

Next time I will share about our visit to Bryce Canyon.