If this is the UFO church, then we must be in Vilcabamba!

Ecuador is full of legends.  The small town of Vilcabamba is no exception. One legend is that the inhabitants of this town are believed to live much longer than most folks.  The reason is because of the mild climate, clean water, clean air and a slow, stress free pace of life.  Therefore, it is known as the valley of longevity, where inhabitants live to be 100 years and beyond.

In the past twenty five years or so, Vilcabamba has become a retirement haven for people from all over the world, but mainly north Americans. A lot of the people who are attracted to this area are people who live an alternative lifestyle (healthy, vegetarians, vegans). There is a fair number of what I would call "old hippies."  From what I have heard, there is a culture of conspiracy believers.  I have heard that UFOs are spotted in the vicinity for example.

Being aware of the above information, I loved it when I spotted a restaurant connected to the church called the UFO  (United Falafel Organization).  It is a restaurant that serves middle eastern lunches and dinners. 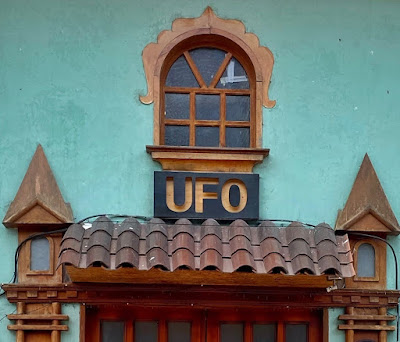 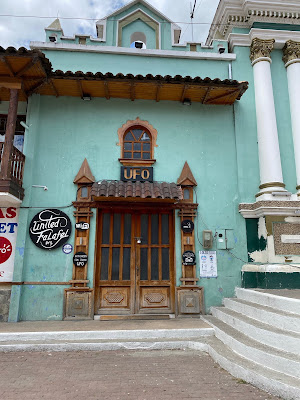 Check out their facebook page. https://www.facebook.com/unitedfalafel/
Below are some pictures of the town center.  Because of the pandemic, the town was quieter than usual.  Not all businesses are open yet. 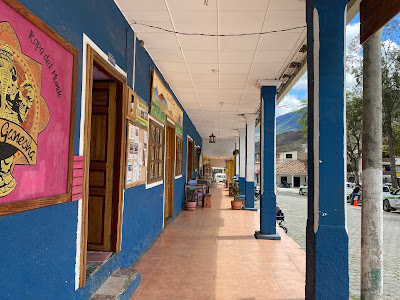 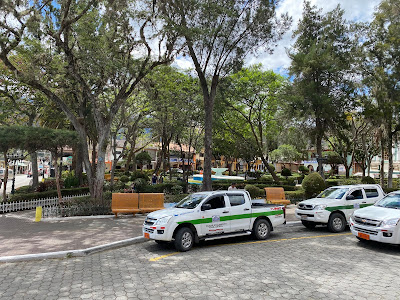 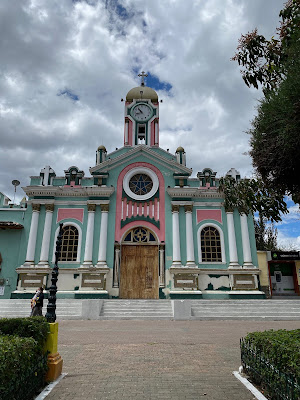 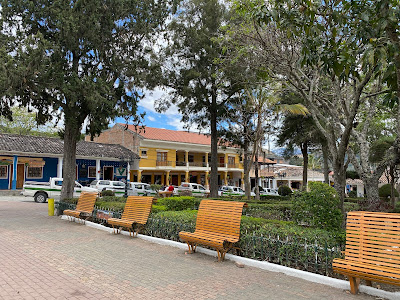 We hiked a bit on the east side of the river.  It is definitely a tranquil place.  Maybe there is truth to the legends. 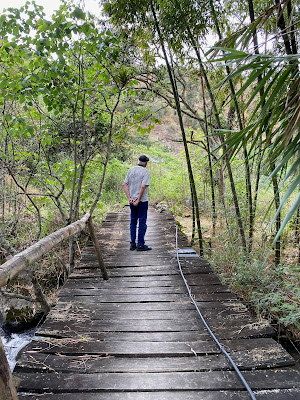 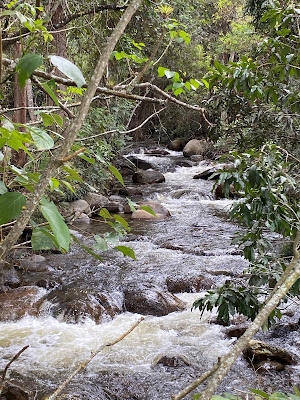 While we were there, Chuck learned of yet another legend involving a nearby town called Quinara.
The legend goes that invading Spanish conquistadors kidnapped, Atahaulpa, son of Huayna Capac, the leader of the Inca Empire.  For ransom, they asked for enough gold and silver to fill two rooms.  Llama trains from all over the Inca Empire set out burdened with all the gold and silver they could carry.
This caravan was headed by a warrior named Quinara.  When word arrived to him that  Atahaulpa had been killed, Quinara and his men hid all the gold and silver in a valley that would one day bear his name.
About 200 hundred years later, a very poor farmer, discovered a bunch of gold jewelry.  He, of course, became very wealthy.
The rest of the treasure, as far as anyone knows is still out there.
This is a great buried treasure legend.
Since we had our car, we decided to drive to the Quinara valley, where this legend took place. 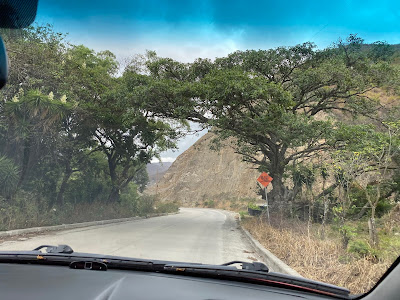 This burro was standing on the side of the road.  Burros are used for harvesting sugar cane. 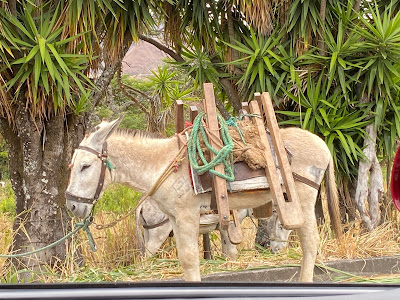 We passed a field where cane was being harvested. 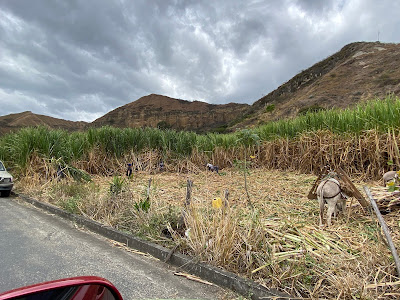 This is farming community so not much of a town center.  This is the church on the town square. 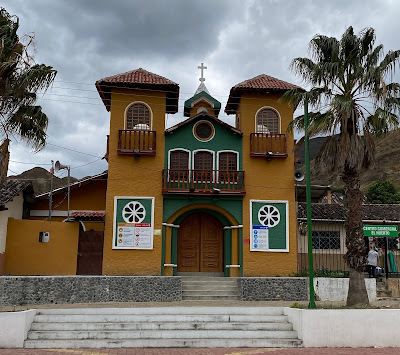 All of that beautiful green you can see in this picture is sugar cane. 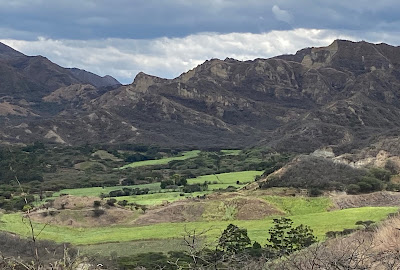 I wonder where all that gold is?
It was a relaxing trip, just the type of get away we needed.
This pandemic has given us the opportunity to explore Ecuador.  The traffic is light on the highways.
AND, we are headed out on another adventure next week.
Love,
Nancy and Chuck
Posted by Nancy Watson at 6:25 AM