We took a taxi from the pier to the bus terminal in Southampton.  We had about a three hour trip from there to Cardiff, Wales.  It was very nice just enjoying the countryside on the way.

We arrived in Cardiff, checked in to our hotel room and headed out for an early afternoon lunch and some exploring.

Cardiff is the capital city of Wales.  Below are some nicely preserved Victorian houses that were very close to where we were staying. 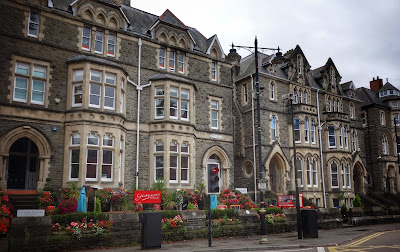 Cardiff has blocked off many streets to cars making exploring the shopping district very pleasant.

Here is a little market we visited. 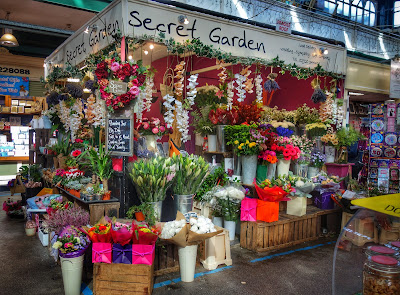 I checked.  Nope they are not Ecuadorian bananas.  Even though the sign says "Best Bananas," we knew that couldn't be true. 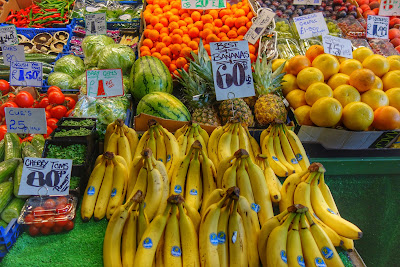 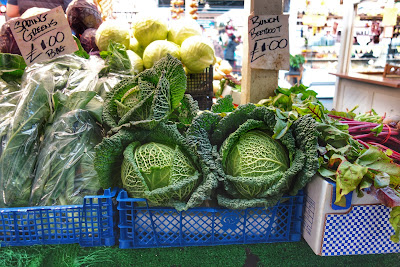 The next day, Sunday, we toured the Cardiff Castle.  This castle is located in the middle of the city.  The first thing you notice before entering the castle walls is the beautiful clock tower. 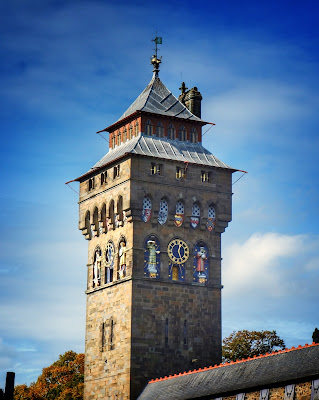 Inside the walls, on the left, is the palace. 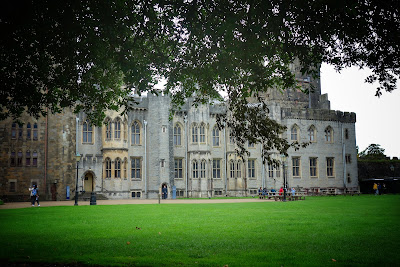 And in the center is the Norman castle, built on top of Roman ruins, it is called the castle keep.  A castle keep is a building of refuge. It was surrounded by a moat and it was a place where the nobles could go as a last resort if they were invaded. 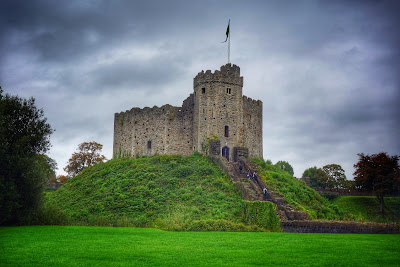 We toured inside the palace and photography was permitted.  This fortress complex is owned by Wales and is a museum now.  No one lives here. 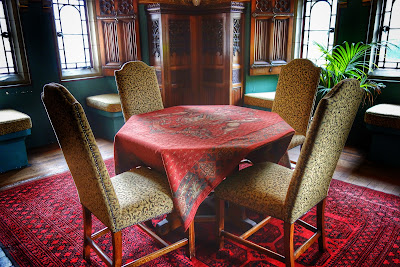 Quite an impressive ceiling. 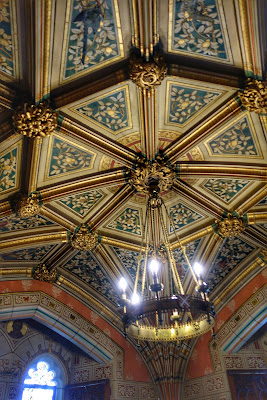 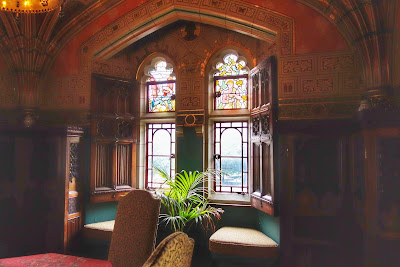 I am always amazed that people could stand the weight of armor and still have enough stamina to do battle. 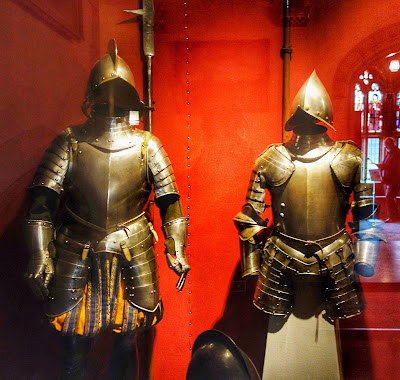 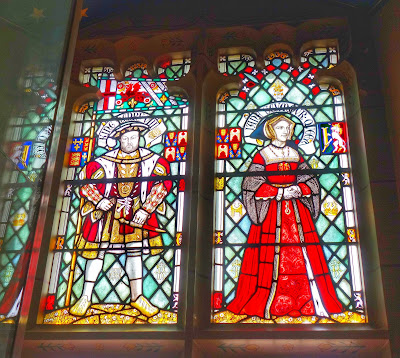 This room was totally awesome. It is called the Arab Room. 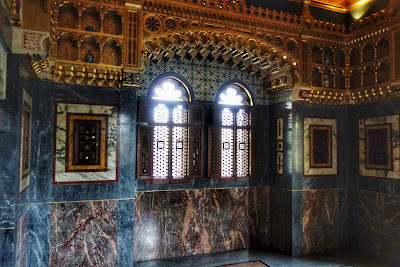 The ceiling of the Arab Room was so beautiful. 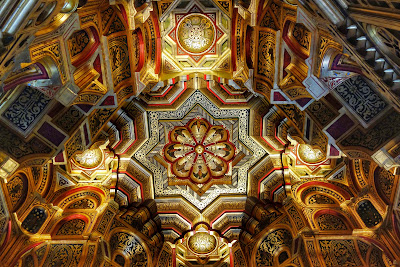 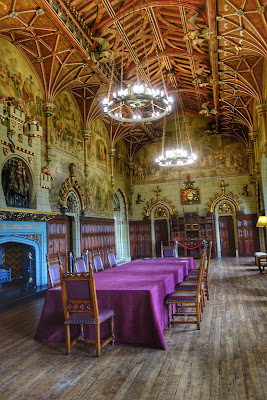 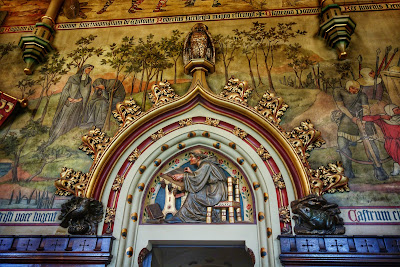 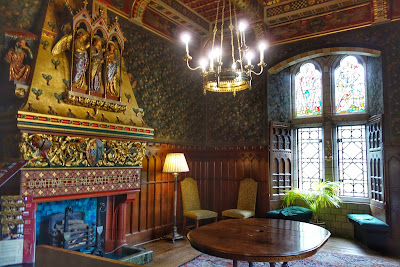 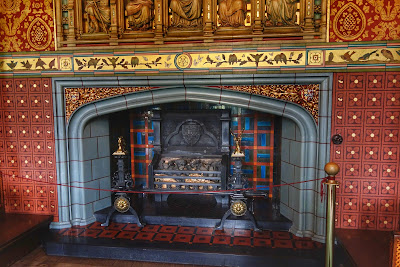 We had a fantastic, self guided (using an audioguide) tour.

As we left, we exited out the gate and presto, we were back to current time in the middle of a modern city. 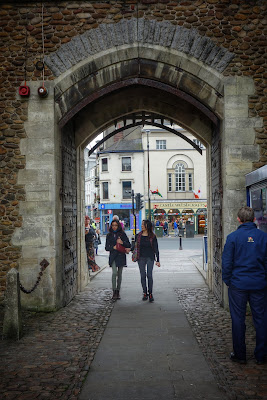 For the next three days, we took tours outside of Cardiff.  What a beautiful country Wales is.  I will share about these tours in future posts.

Love,
Nancy
Posted by Nancy Watson at 7:00 AM

Email ThisBlogThis!Share to TwitterShare to FacebookShare to Pinterest
Labels: Wales