Yesterday and today we have had terrific thunder storms with down pours. The mornings start out fine and each day, about 2:00pm, the storms started. We have four rivers that run through Cuenca and they are all about to flood. I think the rainy season has begun. 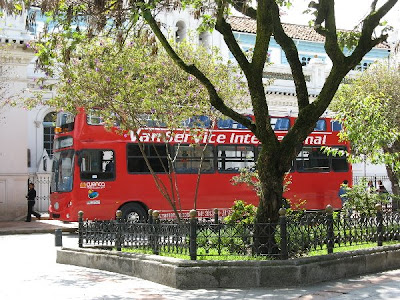 This morning, while Chuck went to the market to buy vegetables and shrimp for dinner, I went with Randy and Karen on the double decker tourist bus. It leaves several days a week from the central plaza, Park Abdon Calderon. It tours the old colonial section of Cuenca and then goes to Turi, which is located on the hillside above Cuenca for a magnificent view of the city. 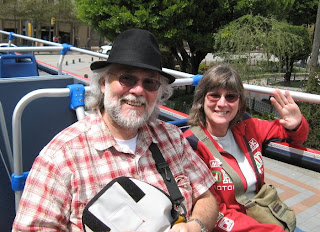 All of the tourists climb to the top of the tour bus for the best view. Here are Randy and Karen in their front row seats.


The old cathedral was built in 1557, but soon was too small for the faithful of the town. At the 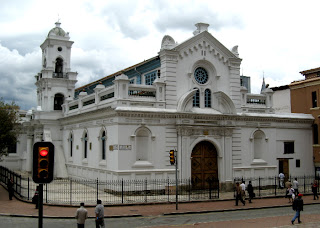 present time, the old cathedral is in process of restoration. It is no longer used as a church and is operated as a museum. It is located on one corner of the Park Abdon Calderon (main plaza). This is where the tour bus begins the tour.

The new cathedral (official name: Catedral Metropolitana de la Inmaculada Concepción) is located directly across the plaza from the old 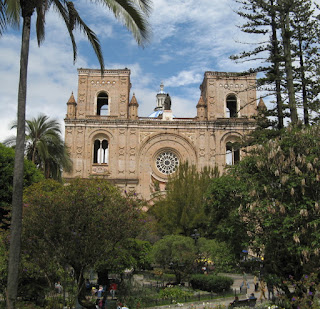 cathedral. Its towers are truncated due to a calculation error of the architect. If they had been raised to their planned height, the foundation of this church to the Immaculate Concepcion, would not have been able to bear the weight. In spite of the architect's immense mistake, the 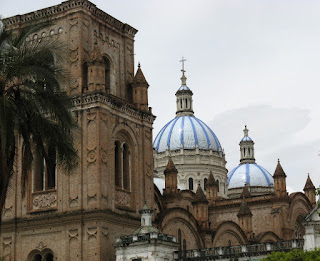 New Cathedral of Cuenca is a monumental work that began to be built in 1880. When the Cathedral was first constructed 9,000 out of Cuenca's 10,000 inhabitants could fit. The new cathedral's blue and white domes have become a symbol for the city.

Our tour around the old city we saw the beautiful colonial architecture that has made Cuenca the most beautiful city in Ecuador. 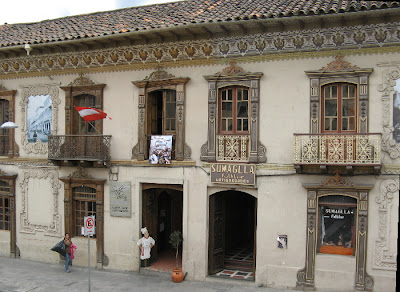 Here is a view of the old and new side by side. These are very large old homes that overlook the river. It is incredible to think that people lived in such large houses. Today, these buildings are subdivided into small businesses and apartments. The building on the right has been updated and shows the contrast between the old and the new. 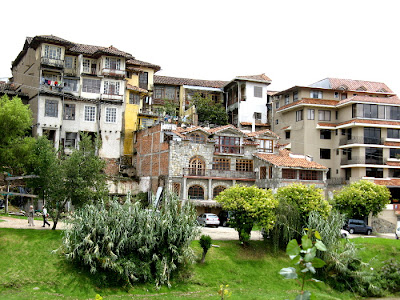 Speaking of old and new, I took this photograph from the top of the bus. The contrast between the people of Cuenca is a very common sight. 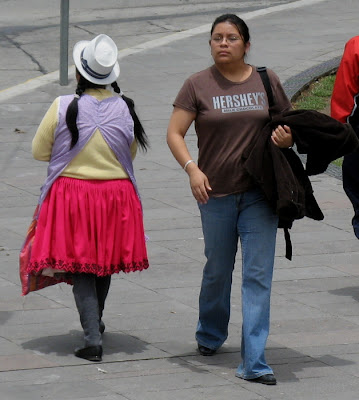 I will share more pictures of our tour of Cuenca soon in my next blog.

Love,
Nancy and Chuck
Posted by Nancy Watson at 9:13 PM