This post contains the reason we were so excited to go to the Galapagos. If there are rules for posting to a blog, I am sure that this posting breaks the rules.....too many pictures. Even with all these photos there are hundreds that space would not permit.

The first birds we saw were hundreds and hundreds of pelicans. They were living in the trees and we saw them fishing in the ocean. We saw two types, ones with brown heads and ones with white heads. 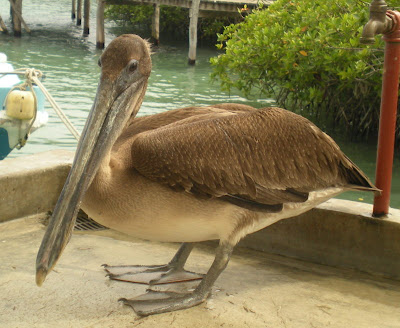 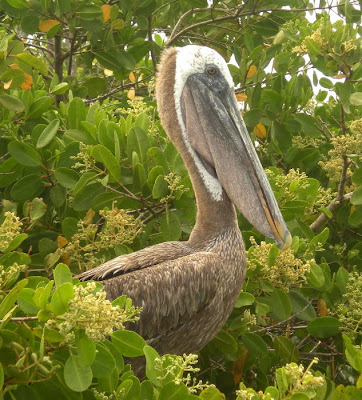 On our walk to the beach we saw this little fellow. I think he had an injured leg. It looks like he is saying "See my sore leg." 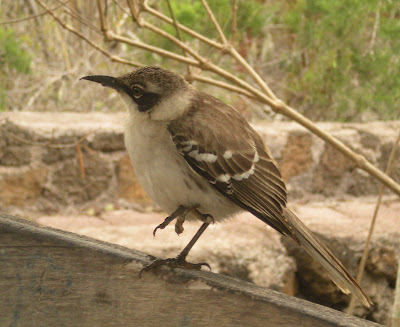 A gathering of birds. This one bird appears to be bragging to the others on the size of fish he caught.

This is one of the most famous birds of the Galapagos. It is a Blue Footed Boobie. This is the only picture I had of this bird, but you can see his blue feet. 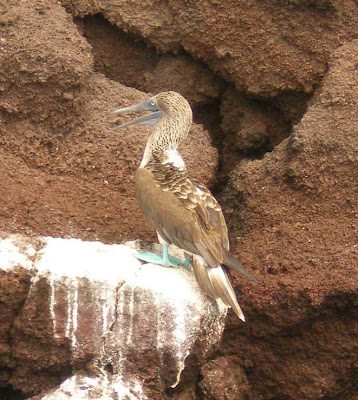 Here are a couple of Masked Boobies.

and another Masked Boobie 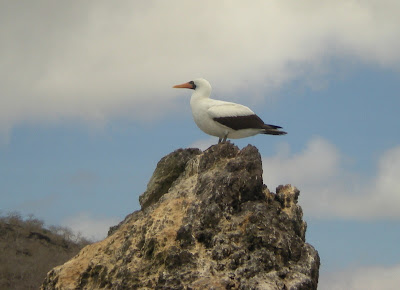 This little fellow is a Darwin Finch 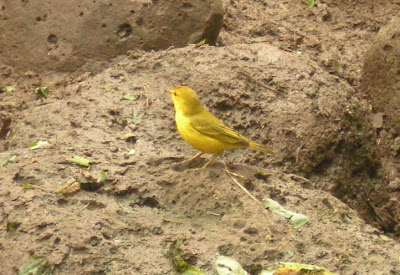 We saw crabs.....this is the Sally Lightfoot Crab. Very visible because of the bright red color. 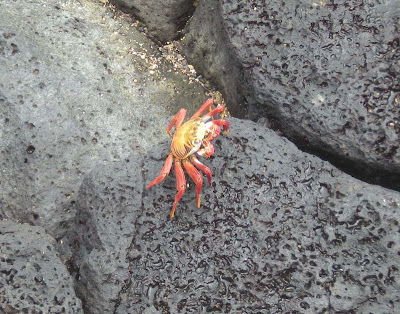 We watched the fishermen bring in their catch. They would clean it and sell it right on the dock.
Here is one fisherman's catch of the day. 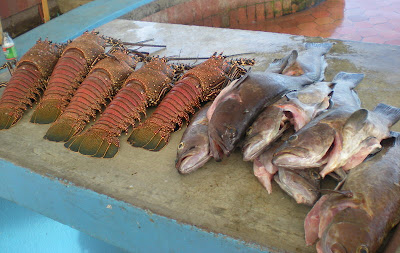 We learned that the lobsters have to be caught by hand. The lobster season is about 3 months long and we were at the end of the season. A couple of close ups of the colorful lobsters. 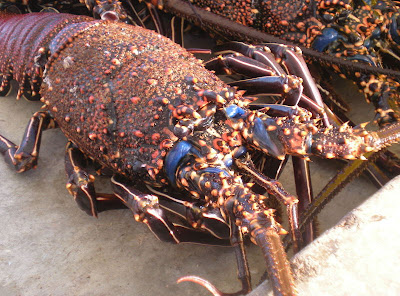 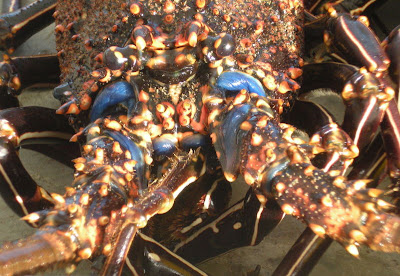 We saw many sea lions and fur seals. 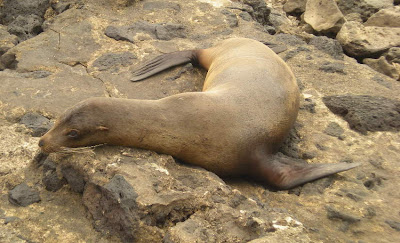 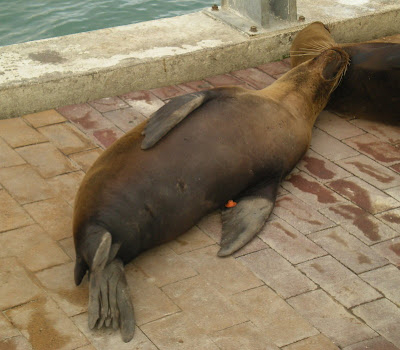 This little guy is supervising the cleaning of the fish. 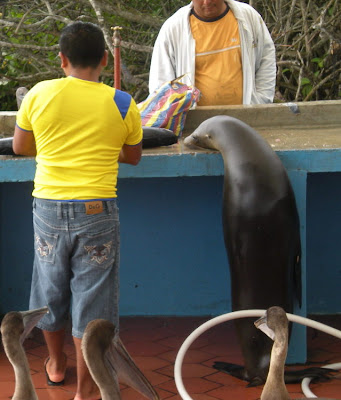 We saw these little lizards everywhere. They are called Lava Lizards. They have a beautiful read throat. 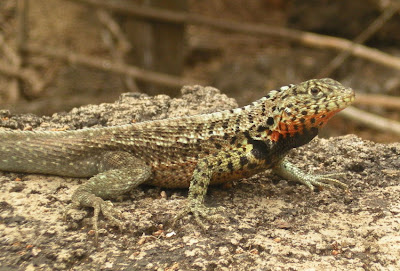 We saw many colorful Iguanas. 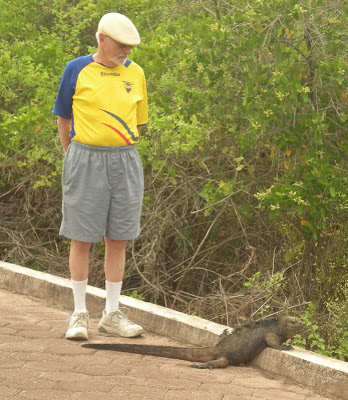 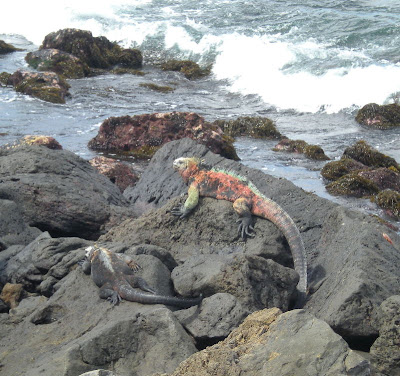 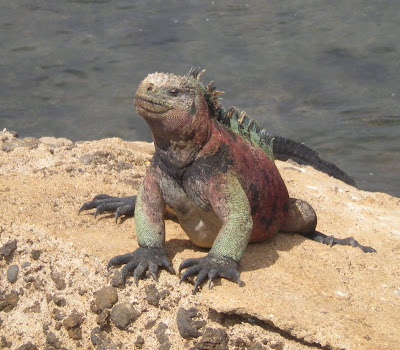 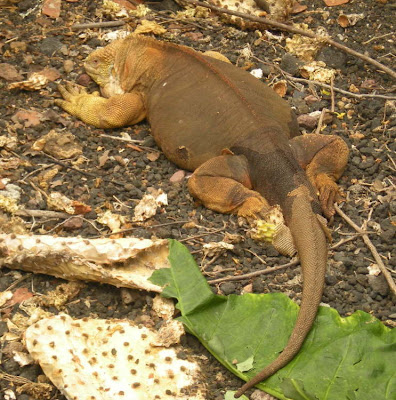 Some were more colorful than others... 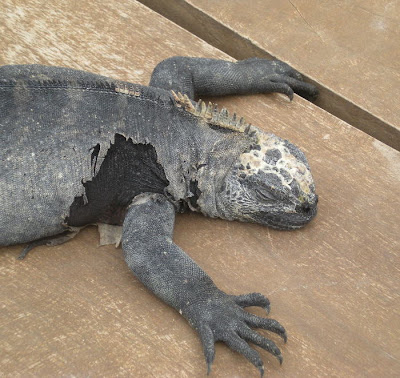 Here is a great picture of a sea lion, seal, iguanas and crabs all sharing the same dock. 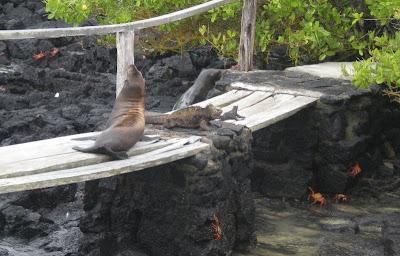 And of course we saw one of the Galapagos most famous inhabitants...the giant tortoise. 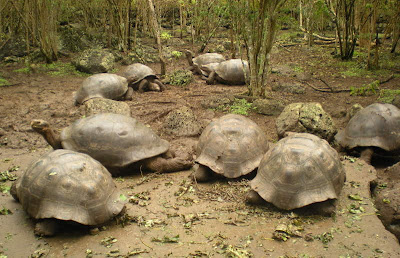 We learned that when the female lays her eggs, that the eggs have to be rescued and incubated until they hatch. The little babies are then raised in orphanages until they about 5 years old. This is because of predator rats. The rats came onto the island from big ships many years ago and they have not been able to get rid them. 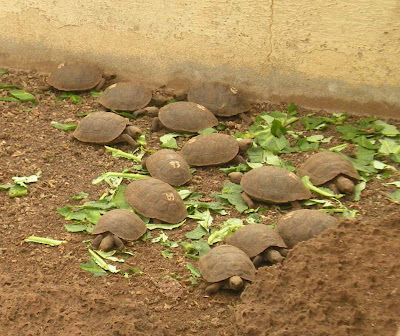 This turtle is the last living turtle of his speices....his name is Lonesome George. 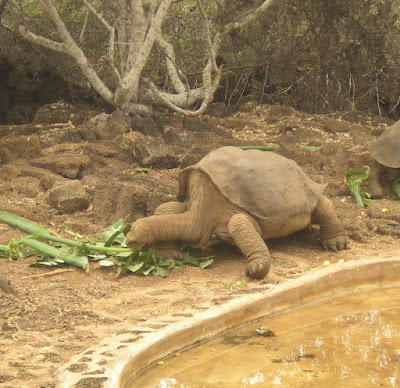 When we visited the Darwin Center, we were surprised to find that we could walk among the giant tortoises. 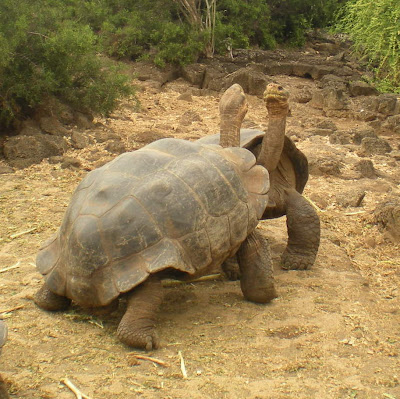 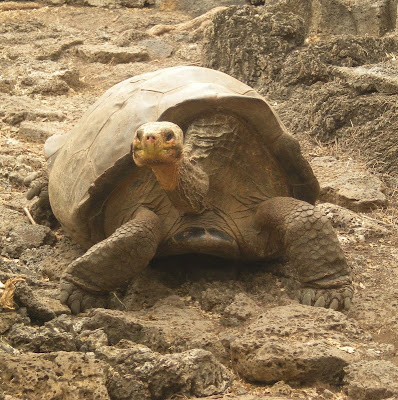 Here is Chuck posing so you can see the size of these guys. They can live to be 150 years old. Some weigh as much as 500 lbs. 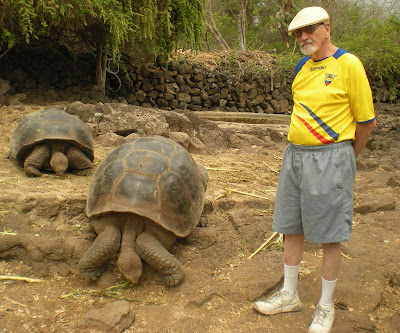 
This tortoise seems to be saying "Ralph, you know, life would be better if you would come out of your shell." 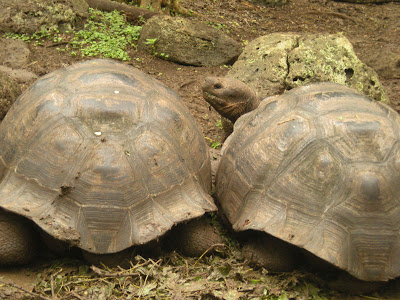 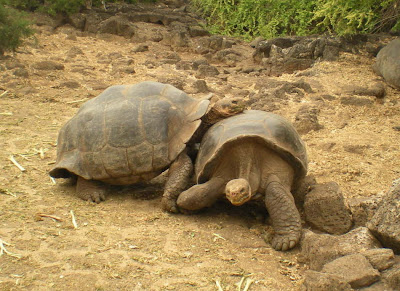 I will end with this guy saying "Goodbye." 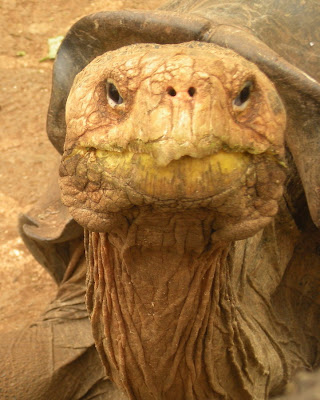 Love,
Nancy
Posted by Nancy Watson at 7:02 AM